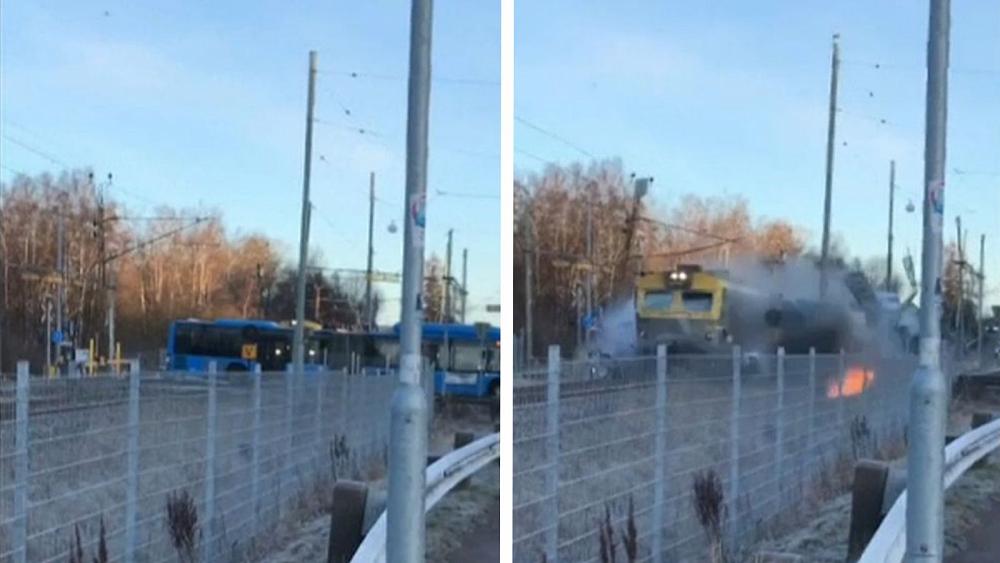 A train has derailed in Sweden after colliding with a bus near the city of Gothenburg.

The accident happened at 07.39 local time on a railway crossing between the villages of Lillhagen and Gunnestorp.

Remarkably, no serious injuries have been reported in the incident.

“Three people have visited the health centre themselves with minor injuries,” Swedish police said in a statement.

Around 50 people were on board the train, while the driver of the bus had left the empty vehicle before the collision.

Video from the scene showed a bus parked, apparently stuck, on the railway line before it was hit by the travelling train at speed.

Rescue authorities were still working at the scene on Monday afternoon to salvage the partly derailed train.

The wreckage of the bus has been seized for further technical investigation.