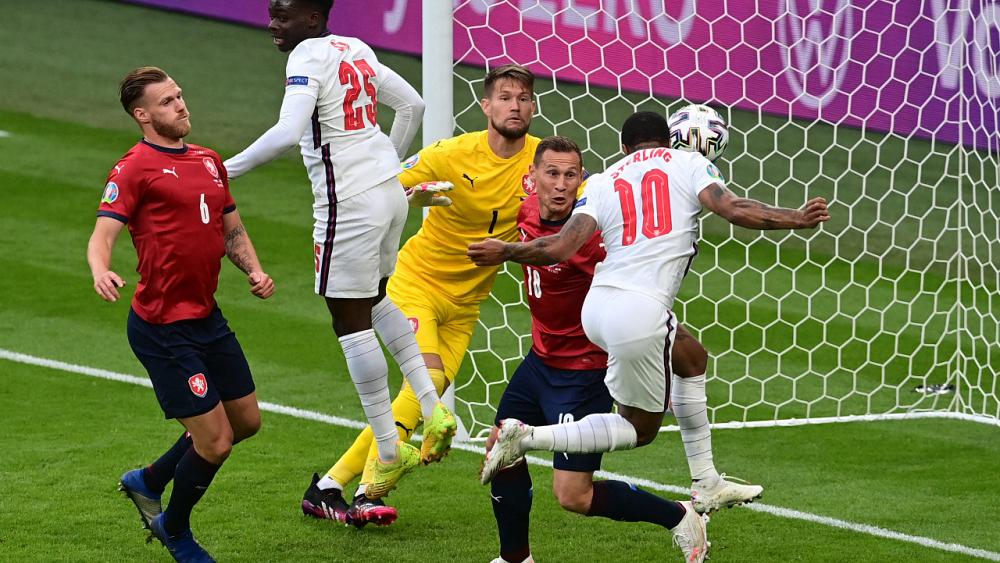 England confirmed their place in the last 16 of the European Championships, finishing top of Group D with seven points after a 1-0 win over the Czech Republic at Wembley on Tuesday night.

A goal from Raheem Sterling in the 12th minute was enough to hold off the Czechs, who still qualify as one of the best third-placed teams.

Second spot in the group goes to 2018 World Cup finalists Croatia who saw off Scotland 3-1 at Hampden in Glasgow. Croatia and the Czech Republic both finish on four points, but Croatia are given second place having scored more goals.

Scotland’s defeat confirms their exit from their first major tournament finals since the World Cup in France in 1998. They needed a win to go through, but were outclassed by Croatia despite giving themselves some hope with an equalizer just before half-time from Callum McGregor.

But goals from Nikola Vlasic, a stunning strike from Luka Modric and then Ivan Perisic gave Croatia a deserved victory.