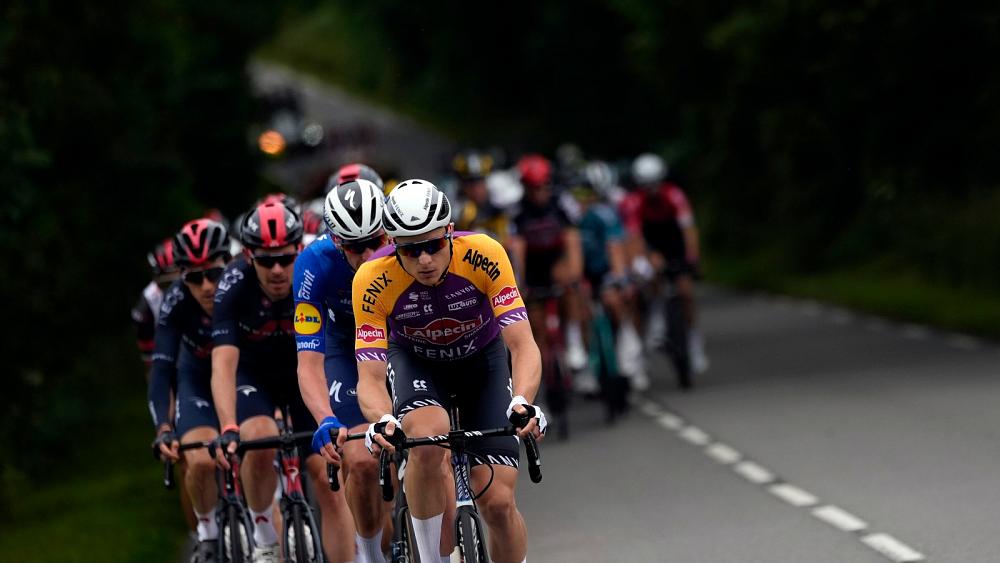 The Tour de France got underway on Saturday from the western port city of Brest.

The cycling event was scheduled in its traditional spot during the summer.

Last year’s competition was pushed back to September due to COVID-19.

The gloomy weather in Brittany did not deter fans: hundreds of spectators, many holding the regional flag, lined the streets as riders started their three-week trek across France.

The first stage is a primarily flat 198-kilometres that finishes in Landerneau.

Defending champion Tadej Pogacar, a 22-year-old Slovenian, is the favourite to hold the title he claimed last year to become the second-youngest champion in the history of the race.