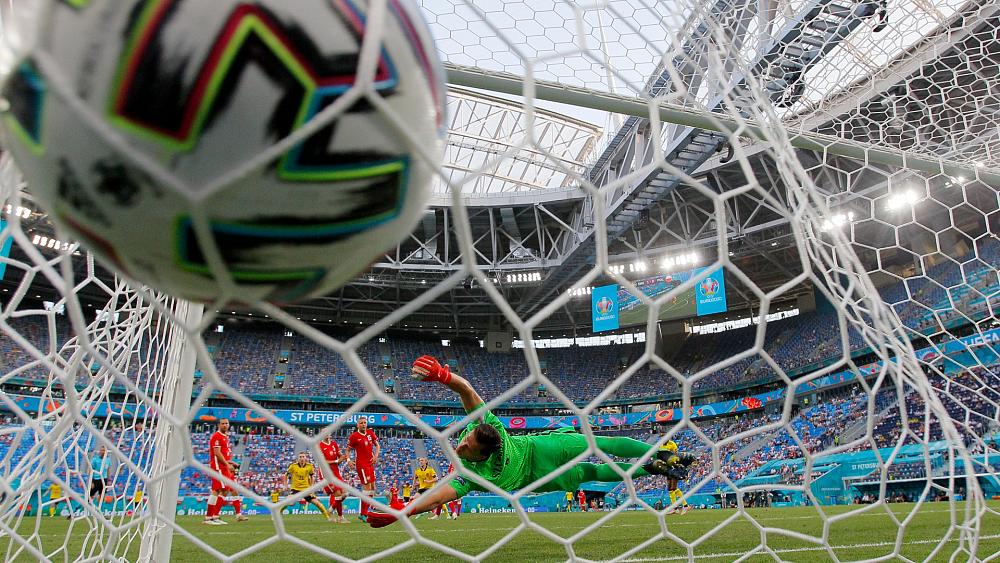 The lineup for the EURO 2020 knockout stage was completed on Wednesday with the 16 teams now given a few days to recuperate and strategise.

Which teams are advancing?

When are the next matches?

The knockout stage will kick off on Saturday (June 26) with a clash between Wales and Denmark at 18:00 CET in Amsterdam. Italy and Austria will battle it out three hours later in Wembley.

June 27 will see the Netherlands take on the Czech Republic and Belgium meet Portugal (21:00 CET, Seville).

Croatia vs Spain and France vs Switzerland will take place on Monday, while England-Germany and Sweden-Ukraine will follow suit a day later.

What to watch out for?

Two duels between giants of the European football family are sure to be crowd-pleasers.

Current title holder Portugal scraped through to the knockout stage after a 2-2 draw on Tuesday evening against World Cup winner France and will next meet fellow favourites Belgium in Seville.

The two teams are well-matched. Portugal won six of their previous encounters, vs five Belgian victories and seven matches ending in draws. The victorious team will then meet either Italy or Austria.

Win or lose, Portuguese star Cristiano Ronaldo could walk away with yet another record. The 36-year-old forward needs to score just once more to break his tie with Iran’s Ali Daei for the most goals in international matches. Both have scored 109 goals for their national teams.

England, meanwhile, will meet one of their greatest rivals, Germany.

The trophy cabinets may point towards victory for Germany which, with four World titles and three European Championships, trump England’s sole World Cup crown, but on paper, the two teams are remarkably well-matched

Both teams have 13 victories against each other under their belts, with six other matches ending in draws.

England will walk onto the pitch as a group winner having secured two victories and a draw, while Germany won one match, lost one (after an own goal against France) and drew another. No doubt, however, that England fans will be praying for their side to avoid a penalty shootout.

The winning team will next meet either Sweden or Ukraine.