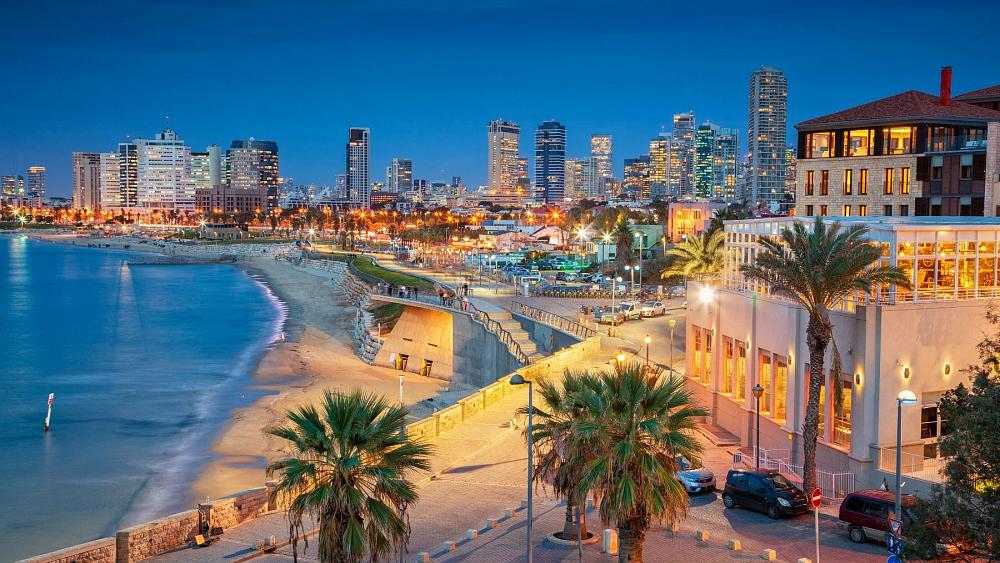 What is happening with tourism in Tel Aviv right now?

If you’re looking to head to Israel this spring, there are more ways to fly with the reopening of its Ben Gurion Airport. But for many eager travellers who want a taste of Jerusalem’s rich history or Tel Aviv’s iconic beaches, there might be nowhere for you to stay.

It’s not that there’s a shortage of hotels. Israel’s High Court has lifted restrictions on citizens entering the country through its main international gateway, Ben Gurion Airport, raising the number of Israelis permitted to enter to upwards of 8,000 per day.

United Airlines, as just one example, is reportedly ready for take-off with more than a dozen flights a week planned from Newark and San Francisco to Tel Aviv, and chances are good not everyone aboard will be Israeli.

But a recent directive from the Israeli Ministry of Health stipulates that unless you can prove you have received a coronavirus vaccination or can show a certificate of recovery, you just won’t be able to stay at – or even visit – a regular hotel in Tel Aviv or anywhere else in the country, for that matter.

Why are the travel restrictions in Israel so tight?

Like so much else in Israel today (upcoming elections, anyone?), it’s complicated.

Both the country’s deputy health minister and the current Knesset Speaker Yariv Levin – a former minister of tourism, no less – have slammed the court’s striking down of passenger caps – as did Israeli Prime Minister Benjamin Netanyahu, who called it “an irresponsible decision that could be the cause of a fourth lockdown.”

Usually a symbol of Israel’s openness to the world, during the pandemic Ben-Gurion Airport has become a juggernaut, with Israeli health officials routinely pointing to it as a source of virus spread. Indeed, it was in February 2020 that Israel identified the first confirmed case of Covid-19 from an individual travelling with a group of South Korean tourists.

Now, if you book a ticket and jump on a plane to Tel Aviv and haven’t either been vaccinated for coronavirus or cannot prove that you’ve recovered from it, then whether you are Israeli or not you will upon arrival have to quarantine for a period of 14 days (or maybe 10, depending on testing). That’s in addition to testing requirements both before and after your flight.

The quarantine itself means having to wear an electronic tracking bracelet around your wrist or ankle for its duration. If you refuse to wear the bracelet or can’t self-isolate at home, then you have to quarantine in a state-run quarantine hotel. Israelis of any faith returning to Israel from abroad likely have a home in which they can self-isolate, but tourists probably do not – and nobody would look at an enforced stint in a state-run hotel as much of a holiday.

How does Israel’s lockdown compare to other countries?

So for the time being, maybe we should be talking about potential tourists instead of actual ones. Because while other countries like Greece have announced that once tourism restarts in earnest everybody who can present a vaccine certificate or negative COVID-19 result will be able to avoid quarantine on arrival, Israel is so far taking a different tack.

This could be due to several factors: for one, Israel is less dependent on tourism than other Mediterranean countries. And there are understandable concerns about letting variants into the country that could jeopardize what has been to date a largely successful vaccination rollout.

Amid all the hullabaloo though, there’s been a growing chorus of countries that have let Israelis in, clamouring for their own tourists to be allowed into Israel in return. Because the – in some ways very controversial – “green passports” are targeted to Israelis who have already been fully vaccinated, what amounts to a quasi-ban on unvaccinated guests is mainly relevant to tourists from overseas. So should you even bother?

As a huge fan of Tel Aviv, I actually think you should. Even though you may find advisories tacked onto the homepages of hotels, including some of my favourites like the Hotel Montefiore (where, confession, someone once followed around a semi-drunk yours truly with a camera), that are not exactly warm and fuzzy.

Are other hotels following suit? Ronit Shoham, marketing communications manager at one of my favorite hotels anywhere, the Carlton Tel Aviv on the Beach, says while they are “now fully open including culinary options, swimming pool, gym and spa,” the hotel is indeed making it mandatory for all guests to show a green passport. “As specified by the Israeli Ministry of Health,” she adds, “all guests are requested to present a vaccination certificate or certificate of recovery at check in.”

Ditto for another benchmark of Tel Aviv hospitality, the David Intercontinental Tel Aviv. The hotel’s legendary general manager, David Cohen, tells me “we are not yet fully open for leisure guests and are currently reviewing our opening plans and dates,” adding that “there are virtually no foreign travellers right now” in Israel.

Eytan Halon, a rep for the Tel Aviv Mayor’s Office, adds that the green passport “is a national policy rather than a municipal one” while confirming that “it remains the case that Israeli citizens are the only ones permitted to enter the country right now, unless in exceptional circumstances.”

Count on that to change, though. The travel rules for Israel are morphing with a velocity unusual even by Israeli standards. In the near future there might even be a “touch and go” vaccination centre at Ben Gurion Airport (a company called DavidShield is working on this; information in German here).

While for tourists there’s not much getting around the daunting prospect of an electronically monitored 14-day period of self-isolation, one possible workaround to the hotel predicament is to rent a furnished apartment through a company that’s been around for a while, like TLV2Go, but the inventory for apartments generally may be not always be abundant especially given demand as the summer season approaches.

What’s on offer in Tel Aviv?

Some travel writer once wrote, “let yourself be seduced by the ribbons of beach and the smooth concrete curves of the Bauhaus. May the sultry Mediterranean air stop you in your tracks. Wednesdays, Thursdays and Fridays will melt away faster than the latest Middle East peace plan…you’ll see.”

Well that travel writer was me, and it’s all probably still true. But remember, you want to spend your time tanning on those sandy ribbons of beach, not making a mattress out of them.

Every weekday at 21.00 CET, Cuffnews Travel brings you a story from somewhere different around the world. Download the Cuffnews app to get an alert for this and other breaking news. It’s available on Apple and Android devices.