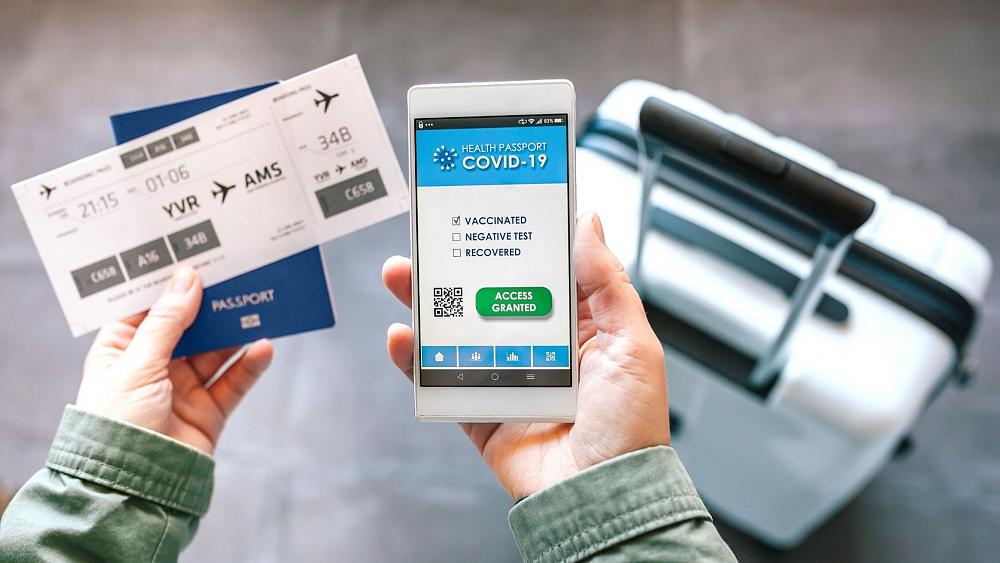 Sixteen countries have begun using the EU’s ‘Digital COVID certificate’ (EUDCC) to enable their citizens to easily travel across the bloc.

They are joined by Iceland, which is the first of four European Economic Area countries to join the scheme.

Formerly referred to as the EU Digital Green Certificate, others will be expected to follow suit when its functions are deployed continent-wide by the 1st of July.

The certificate is available in digital or paper form and is free of charge. The gateway allows for all certificates’ QR codes to be accessed.

The EU’s plan is for a single system to facilitate safe travel by verifying the pass holder’s coronavirus status – whether through vaccination, a recent negative test result, or proof of recovery from the virus.

More than 20 countries have successfully tested the system in the last month, the European Commission says. The launch follows an agreement between the European Parliament and Council on regulation.

The certificate was formally enshrined in EU law in a record 62 days on the 14th of June after a significant majority vote from the European Parliament.

MEPs see it as a tool to restore freedom of movement and urge EU countries to implement it by 1 July. pic.twitter.com/aAO6ST8PSc

Alberto Alemanno, Professor of EU law policy at HEC Paris, tells Cuffnews the system would put cooperation between EU countries to the test as many have looked to enforce their own rules on movement amid the pandemic.

“We need to remember that the conditions of access to get this certificate will change from one country to another. It is each country to determine who gets the vaccine, who gets the test… who is going to be declared as immunised,” he says.

“Each country reserves the right to refuse the COVID certificate as such. This might actually be the source of much confusion and unpredictability.”

The European Commission is aiming for 70 per cent of the bloc’s 450 million residents to have received at least one dose of the vaccine by late July.

Commission chief Ursula von der Leyen revealed last month that the EU is on track to reach that target with more than 250 million doses administered so far. More than 80 million Europeans have already been fully vaccinated.

The #EUCOVIDcertificate was just signed into law!

✅ It was agreed between EU institutions in the record time of 62 days.

The Certificate will enable us to travel more safely this summer!#StrongerTogether 🇪🇺

Brussels has also previously indicated that fully-vaccinated people from countries outside of the EU should be able to visit with no quarantine requirement – provided they were administered EU-approved jabs.

The European watchdog has approved the use of four vaccines: Pfizer/BioNTech, AstraZeneca/Oxford University, Moderna, and Johnson & Johnson.