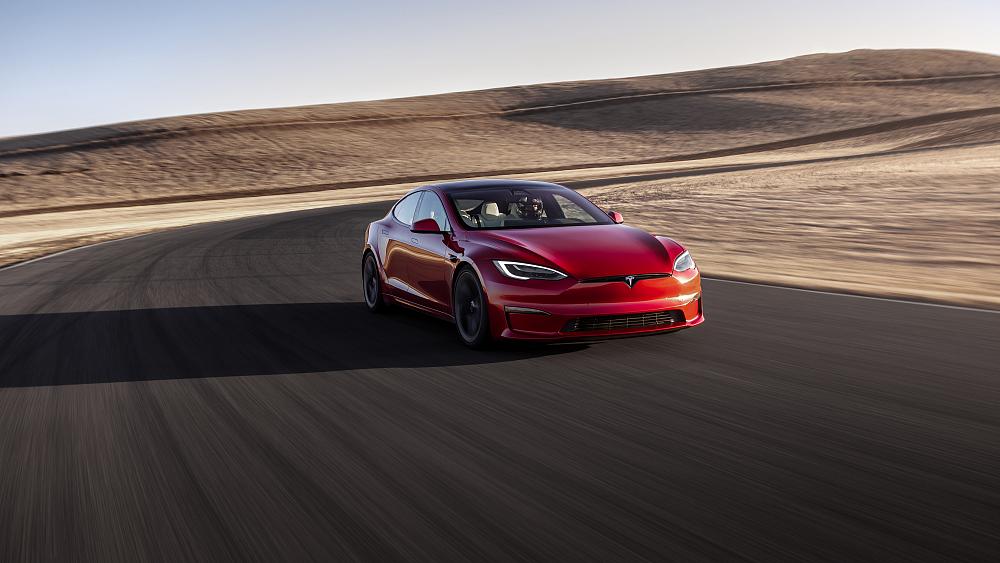 It was a busy week for new tech, with Apple’s annual WWDC 2021 conference and Tesla’s launch of the new Model S Plaid.

Read on to get up to date with new tech this week.

The original Tesla Model S was no slouch, but an updated version of the electric saloon unveiled by billionaire founder Elon Musk on Thursday could leave it in the dust.

Tesla claims the Model S Plaid – named in reference to the 1987 cult sci-fi parody Spaceballs – is the “quickest production vehicle ever made.” It has a top speed of 200 miles per hour (321 km/h) and can do 0-60 mph in just under two seconds, the company says.

“We’ve got to show that an electric car is the best car, hands down,” Musk said.

But there is a catch: the advertised top speed won’t be achievable without special wheels and tyres, which aren’t yet available.

Apple’s Worldwide Developers Conference 2021 kicked off virtually for the second year in a row this week.

High on the agenda were new privacy features baked into the newly-announced iOS 15, iPad OS 15 and MacOS Monterey.

An update to the Mail app would block tracking pixels, the tech giant said, while voice assistant Siri would soon move to processing speech in-device, rather than sending voice commands to Apple’s servers as it currently does.

In 2019, The Guardian revealed that Apple contractors were regularly overhearing private moments recorded by Siri, including drug deals, confidential medical information and even the sounds of people having sex.

The new version of Maps in iOS 15 includes AR-enabled turn-by-turn directions for pedestrians, while the mobile operating system will also be able to read text or numbers captured in photos.

Apple’s new 3D-modelling technology for developers, called Object Capture, allows a camera – like the one in an iPhone – to build a 3D render of an object by taking a number of photos. Some commentators noticed the tech struggled in settings with larger objects, however.

Apple also wants your interactions on its devices to sound more realistic. Spatial Audio is coming to Facetime calls and Apple Airpods. The company says it makes video calls feel more natural, as the technology allows for more nuance in the directionality of sound.

In plain speak: it makes voices sound like they’re coming directly from the people on screen.

Next week in tech: Join us at the Viva Technology conference!

June 16 marks the start of VivaTech 2021 in Paris and online.

The event has a roster of top-tier speakers, including Apple’s Tim Cook, Facebook’s Mark Zuckerberg, and Zoom CEO Eric Yuan all making an appearance alongside the best of the European tech and startup scene.

Cuffnews is an official media partner of the event, so feel free to drop by our studio at Paris Expo Porte de Versailles if you’re attending in person.

The conference is also marking the official launch of Cuffnews Next. We’ll be reporting, interviewing and live streaming our way through the whole thing, so you don’t miss out.