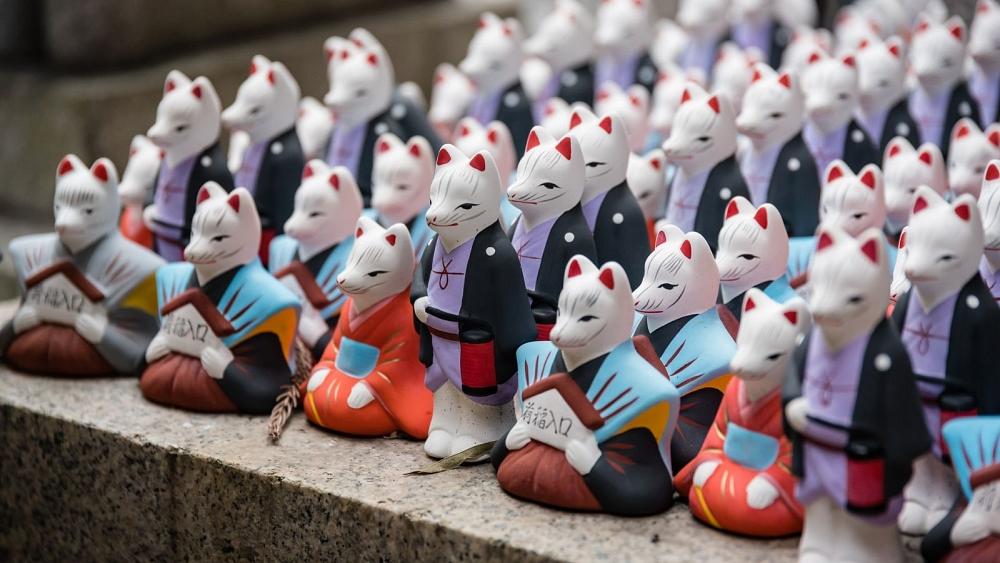 Foxes in Japan and parakeets in London: 6 of the best destinations for animal lovers

With wildlife varying so much from country to country – and even on a regional level -, travel can be one of the best e ways to learn more, by immersing yourself in the local ecosystem as well as cultures.

The following destinations offer opportunities to spend time with wildlife for a more holistic travelling experience.

Japan’s Zao Fox Village is a sanctuary full of foxes, located in the mountains of Miyagi.

Historically, foxes have played an important role in Japanese folklore. Their magical counterparts, kitsune, are believed to be messengers of the Shinto Inari spirits and are often seen as statues at shrines.

The foxes in the Zao Fox Village are docile enough to be held and bags of food can be purchased for playtime with the bushy-tailed sweethearts.

Pig Beach is located on an island in Exuma, the Bahamas. The story of how the pigs came to live there is a mystery.

They are not native and the island is uninhabited, so people have created their own origin stories. Some say that they were left by sailors, whilst others say that they swam over from a nearby shipwreck.

The pigs have gone through distress and their numbers have fallen in previous years. However, restrictions were put in place during the pandemic, which have only been relaxed recently.

The Emas National Park is a UNESCO World Heritage Site. Literally translated from Portuguese, ‘Emas’ refers to the rheas, a type of big bird related to emus and ostriches.

A wildlife spotting trip to the park offers the opportunity to see not just its namesake, but also maned wolves, jaguars, macaws and more.

Galtaji refers to an ancient Hindu pilgrimage in the Indian state of Rajasthan. The area contains multiple temples built into a narrow crevice in a ring of hills surrounding the city of Jaipur.

One of these temples, the Sita Rami ji Temple, has become known for its monkeys. The cheeky tenants are sociable and can be fed by visitors. The site also offers gorgeous views of Jaipur, making it a multifaceted jewel.

Hyde Park may not be the most exotic place that jumps to mind when brainstorming holiday destinations. However, this park at the heart of London does offer a hidden gem.

Far from the grey of the city’s standard pigeons, visitors to Hyde Park are met with green, squawking parakeets. Like Exuma’s pigs, nobody knows how these exotic birds came to be here, but they have assimilated well into the local space and carved out a home of their own.

Located just off the south coast of Australia, Kangaroo Island is well-known for its wildlife.

Though its name might make that obvious, kangaroos are not all the island has to offer. It is also home to a breeding colony of endangered Australian sea lions, with rangers offering guided tours into the colony.

Though they must be kept at a distance, the sea lions are incredibly tolerant, giving visitors plenty to see, from brawls to cuddles.

Take part in our questionnaire

We want to hear how travel has changed for you since the COVID-19 pandemic.

Our questionnaire asks about your travel habits in the past – and your plans for the future. We cover everything from your favourite destinations to the importance of testing and vaccines, the type of holiday you enjoy and where you would like to go next.