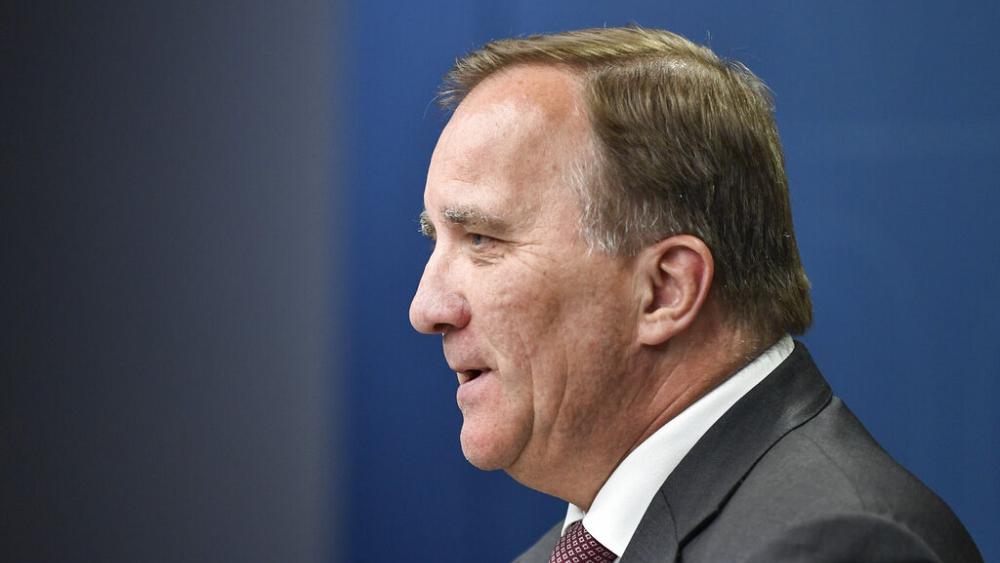 Sweden’s government is on the brink of collapse.

Prime Minister Stefan Löfven has been given an ultimatum: withdraw his plans to implement reforms to the laws governing Sweden’s rental market or face a no-confidence vote on Monday.

But while the timing of this crisis might come as a surprise, the fact that it came was inevitable.

From day one, the Left Party has made it clear that it could not keep the government alive if it decided to let market forces guide rental prices.

It is just the latest row in Sweden’s current “red-green” minority government, which was founded in January 2019.

The cabinet, consisting of Social Democrats and the Green Party, only has 116 seats out of the Swedish Parliament’s 349 – about one-third.

While keeping its formal supporters, the Center Party and the Liberals, happy, the government has had to tread cautiously in order to not rouse the Left Party.

Now, Löfven seems to have lost his balance.

With the Left Party losing its confidence in the government, the right-wing Sweden Democrats from the opposite side of the political spectrum used the chance to call for a no-confidence vote.

The two other opposition parties, the liberal-conservative Moderate Party and the Christian Democrats have also announced that they are ready to oust the government.

Minority governments are the rule in Sweden, but this government has had an extraordinarily hard time, said Professor Ulf Bjereld at the University of Gothenburg.

“This is a politically very weak government since it depends on support from both the left and right-wing to function,” he said.

After months of failed negotiations since the general election in September 2018, Sweden’s Social Democrats and the Green Party finally found a way to form a government – Löfven¨s second – in January 2019.

The solution was a 16-page document, called Januariavtalet, meaning the January Agreement. In the agreement, the Centre Party and the Liberals promised to abstain from voting against Löfven as prime minister.

However, this promise came with a price tag. The Social Democrats had to accept a long list of political initiatives that are not typical for a labour party, among them a promise to allow landlords to set rents for their property.

“This is a compromise they were forced to make. They had to go to great lengths to be able to secure the cabinet,” Bjereld explained.

A new way of setting rent

In the past, the amount of rent that Sweden’s three million tenants have to pay has been decided through collective bargaining.

This is, said Martin Hofverberg, chief economist at Hyresgästföreningen, one of the main reasons why rent in popular urban areas, such as Stockholm, have not risen as fast as in other capitals.

“The Swedish model is unique,” Hofverberg said. “It lies somewhere in between a market system and strict regulation. It is a flexible system that also takes parameters of quality into consideration when setting the rent.”

But if you ask the Swedish Property Federation, Fastighetsägarna, the current system is far from flexible enough.

“When collectively negotiated rents are far from market rents you either wait several years to get an apartment or turn to a growing black market. The limited reform on the table is about making investments in new and easier accessible rental apartments possible where demand is high,” said Policy Director Martin Lindvall.

He argues that this proposal would make Sweden a more attractive place to build new residential buildings, as do the political parties backing the proposal.

“If the rent setting would be better adjusted to the market over time, our members’ will to invest would grow,” Lindvall stated.

In his opinion, this issue has been inflated into something much bigger than it actually is.

“This will only affect very few people. The proposal would only mean that owners of apartments built after July 2022 would have the right to choose whether to negotiate collectively or directly with the tenant.”

The rental housing market in neighbouring Finland has time and again been brought up in the Swedish debate.

In the early 1990s, when Finland went through a huge economic crisis, the Finnish rental market went from very regulated to free-market conditions in only a few years.

“It was way too radical,” described Anne Viita, chair of the Finnish tenant’s organisation, Vuokralaiset.

She explains that in Finland, landlords can terminate rental contracts if tenants do not accept an increase in rent.

“The Swedish model has always been viewed as an ideal,” she said, warning Swedes of making an irreversible move that they might regret later on.

The tenants, the Left Party, and others, who are against the new rent setting proposal, see Finland as an example of where Sweden could be headed.

“It would worsen the negotiation position of tenants,” noted Martin Hovferberg, representing the Swedish renters.

He explained that renting a home in a newly constructed building in Sweden is not cheap today either. Nevertheless, collective bargaining evens out the differences between new and existing homes over 10 years or more.

“This new model would mean that the rent would start out high and just continue to rise,” he argued.

“Free rent setting for new production is already a controversial question in Sweden. We have no preconditions for going further with this deregulation,” Lindvall said.

What can Löfven do next?

To political analyst Ulf Bjereld, the timing of the crisis is not surprising but was not inevitable.

It was triggered by a report about new legislation for the pricing of rent in new housing that came out on June 4th. The draft is now out for consultation, and the bill itself is not likely to be introduced until the autumn.

“The Left Party does not want to wait that long, as the next general election is planned for next year,” Bjereld noted.

“This is ideologically very important for the Left Party. This can mobilize their own voters, but some left-leaning social democrats are also supporting the Left in this.”

“The Left Party is afraid of being seen as too compliant,” he added. “It has basically been a question about when not if the party would say no.”

Now, Löfven has three alternatives, according to Bjereld.

“The most probable scenario is that he utilises the time until Monday to negotiate a deal that all parties can accept,” he said.

The prime minister himself assured at a press meeting Friday that “Of course we are working to avoid a crisis.”

The second alternative is that the Swedish parliament, Riksdagen, will force him to resign. This would mean that Sweden would be governed by a caretaker government – most probably led by Löfven.

“The least probable alternative is that Löfven after seven unstable years as prime minister calls a snap election,” Bjereld said.