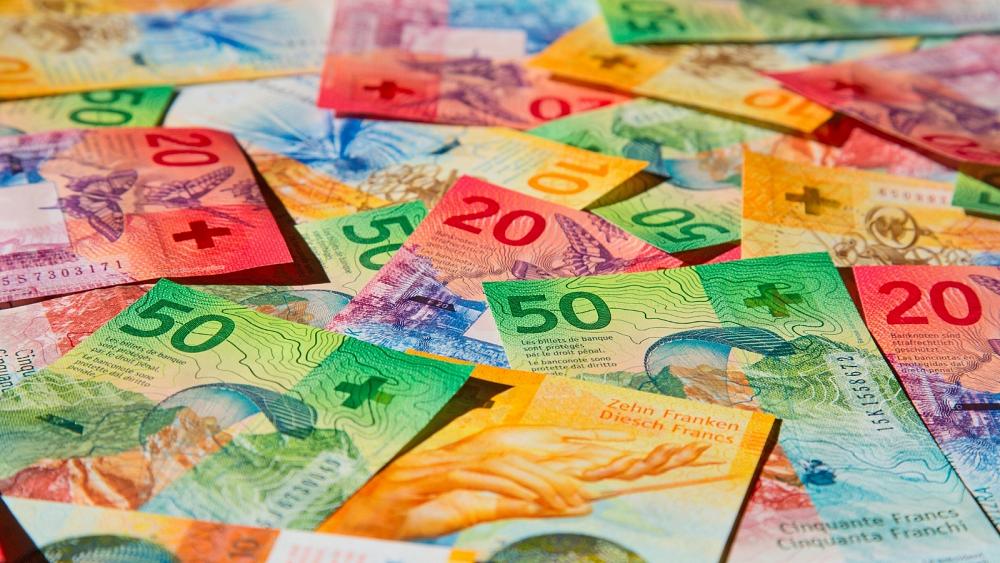 Switzerland is retaining a long-held attachment to paying by cash, despite a major turn towards electronic methods driven by the COVID-19 pandemic, according to the latest report from the country’s central bank.

A survey published on Wednesday that was conducted by the Swiss National Bank (SNB) between August and November 2020 found that up to 43 per cent of all one-off transactions – such as in restaurants, supermarkets, and online – were being settled with cash.

In a country famed for its 1000-franc note, cash remained the most preferred form for non-recurring payments, but its use was down “significantly” from the 70 per cent recorded in the SNB’s first study in 2017.

The latest survey saw 97 per cent of respondents keeping cash in their wallets or at home to cover day-to-day expenses, while 92 per cent owned a debit card compared to 88 per cent in 2017 and 78 per cent had a credit card, up from 63 per cent over the three-year period.

However, in terms of transaction value, the debit card has overtaken cash as the payment method with the highest share for non-recurring payments.

The coronavirus pandemic has given additional impetus to this shift from cash to non-cash payment methods.

The value share for debit cards rose to 33 per cent from 29 per cent against cash, which stood at 24 per cent – down from 45 per cent in 2017. This was due to cash being primarily used for small payments of below CHF 20 on average, down from CHF 50 three years prior.

Despite the growing use of mobile payments, cash and debit cards continue to be the most widely used payment types in Switzerland.

Out of the 92 per cent of all respondents who hold a contactless payment-enabled debit or credit card, 60 per cent of cardholders stated that they “always or usually” paid using that function.

However, growing from a low base of 11 per cent in 2017, ownership of mobile payment apps soared over the three years to nearly half of all payment types.

At the same time, their usage in terms of volume and value has increased from zero to 5 per cent and 4 per cent respectively.

“The survey results show that, in terms of the number of payments made, cash continues to be the payment instrument most frequently used by the Swiss population,” Fritz Zurbrugge, vice-president of the SNB’s governing board, said.

“Compared with 2017, however, when the first payment methods survey was carried out, its usage share has dropped significantly.

“The coronavirus pandemic has given additional impetus to this shift from cash to non-cash payment methods”.

Cash as a store of value

Apart from being the country’s primary method of payment, cash also plays a significant additional role for households in Switzerland – as a store of value.

According to the bank’s survey, 70 per cent of respondents retained cash for this purpose, citing immediate availability in times of emergency or crisis as their main reason.

The majority of respondents said they kept cash reserves of less than CHF 1,000 and had the 100-franc note as their most commonly held banknote.

Cash payers tended to be more prevalent among Italian-speaking Swiss, aged 55 years and older, as well as among people within low to medium income level households.