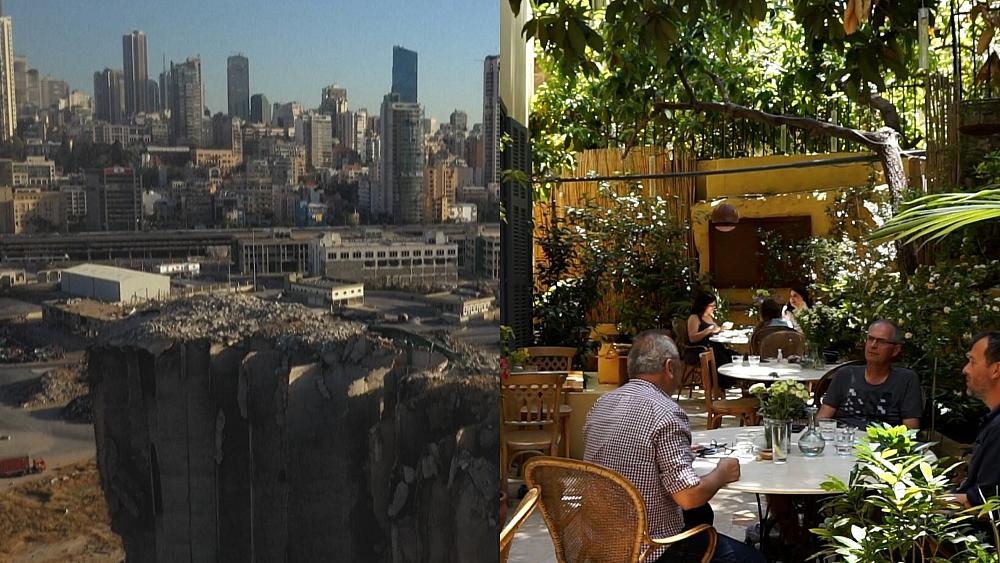 Beirut explosion 2020: Meet the locals rebuilding their businesses from scratch

Lebanon has long been an attraction for visitors to the Middle East looking for culture, good food and a Mediterranean climate. The country has however been shaken by a series of crises that have impacted the economy and hurt many businesses in the hospitality and tourism sector.

Most recently and devastatingly, the port blast on 4 August 2020 left more than 200 people dead and destroyed the homes and businesses of many in Beirut. The explosion occurred when 2,750 tonnes of ammonium nitrate, which was negligently stored at the city’s port, ignited.

Three business owners in Beirut speak to Cuffnews about the challenges of rebuilding and reopening their cafe, hotel and guesthouse after the port blast badly damaged their livelihoods.

Antoine Sfeir opened Beyt as a guesthouse in Beirut’s Mar Mikael neighbourhood in 2012 as a place that was friendly for artists. Since the port explosion, the space is now run as a café, alongside Antoine’s exhibition space and publishing house, which occupy the same property on Armenia Street.

When the port explosion hit Beyt on 4 August 2020, the Ottoman-era house was left with no doors or windows and all of its furniture was destroyed.

After the blast, there was no government support for business owners like Antoine, who were left to clean-up and repair everything themselves. “For months and months, we did not see one municipal worker or one cleaner,” he says.

After an extensive renovation, Beyt is back open with an emphasis on the best of Lebanese food and craft.

It’s hard for him to comprehend “how one, single explosion can destroy the dreams of so many people.”

The café serves food that is “95 per cent locally-produced”. In the morning traditional Lebanese manoushe is cooked in the café’s oven, while in the afternoon it cooks pizza for the customers enjoying the garden that sits secretively at the back of the house.

The new furniture in Beyt has all been made locally and “one-piece is often made by two different artists,” according to Antoine.

While Beyt is now back open, many of Antoine’s other businesses are not. It’s hard for him to comprehend “how one, single explosion can destroy the dreams of so many people.”

Michel Abchee and his wife Johanna opened Hotel Lost in 2019, after purchasing a derelict building on the main street of Gemmayze, an area known for its art galleries, cafes and bars.

The boutique hotel is located at the bottom of Beirut’s famous St Nicolas stairs and has 12 bedrooms, a restaurant and a bar for guests visiting Lebanon’s capital. The interiors were tastefully designed by Johanna who was inspired by the simple aesthetics of her native country Sweden.

The blast was “a new beginning,” says Michel. The hotel, located just a few hundred metres from the port, was destroyed by the force of the explosion. “All of Gemmayze was badly hit,” says the hotel owner. “We picked up the pieces the next day. It was tough for us, just a year after opening to see everything destroyed.”

“We have had no help from the city to rebuild, it has been all private sector groups,” adds Michel, who believes that the government needs to do more to support Beirut, which tourists enjoy visiting so much.

A few of the mirrors that were designed by Johanna and damaged by the blast have been left hanging in the hotel. “The hotel is back to normal,” says Johanna, “but we want to keep a reminder that no one has been held accountable for the blast.”

Pascale Laffe opened Beit El Laffe in 2019, after renovating her family home in Achrafieh in Beirut.

The three-bedroom guesthouse and its garden offer travellers and Beirutis a quiet escape from the chaos of city life.

The interior is romantic and bohemian, with furniture and decorations acquired by Pascale from around the world.

The guesthouse hosts drama therapy sessions for female entrepreneurs who lost their businesses in the port blast.

In the main living space, small tea tables holding flowers sit on top of beautiful rugs from Iran, while a mirror custom-made by a local Lebanese artist hangs on the wall. A bar with a spectacular, full-length mirror backdrop lies in the corner – the bar was built in the seventies and has been part of the house ever since.

“Unfortunately, the guesthouse was badly damaged [in the port blast],” says Pascale, “everything blew up. It took us three months of hard work and here we are again.”

“We feel that we are reborn again and this house as well,” says the guesthouse owner, “we are very lucky that we are here alive, and that this space is welcoming people more and more.”

Watch the video above to learn more.