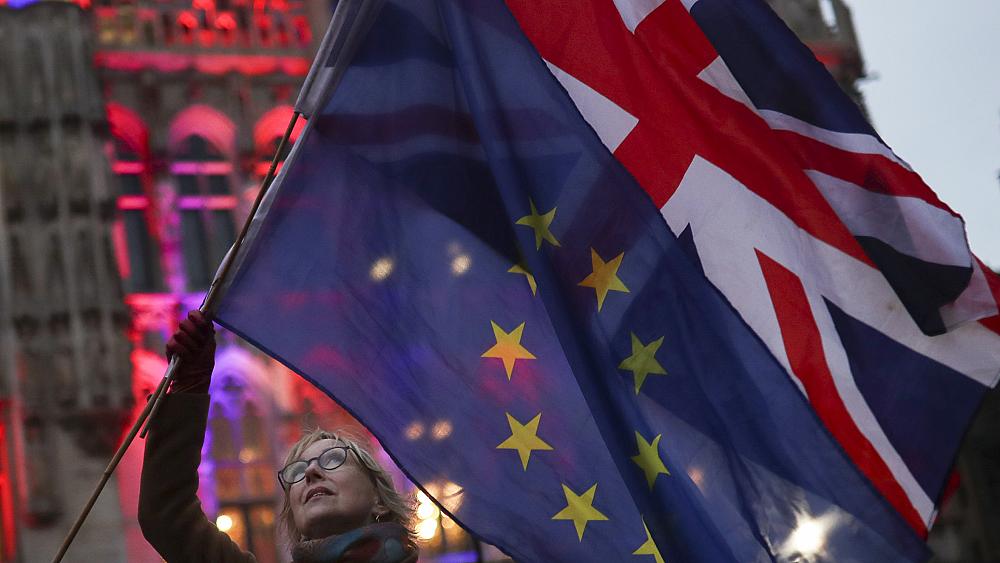 Brexit 5 years on: 'We would have you back,' says Europe, in new poll

Five years after Britain voted to leave the European Union, most Europeans say they would welcome them back.

But a poll by Cuffnews by Redfield & Wilton Strategies also found that many Europeans are keenly watching how Britain fares outside the bloc – and would be willing to consider their own nation’s exit if it works well for the UK.

Wednesday marks five years since Britain held a referendum on its membership of the EU, in which 51.9% voted to leave.

The vote shook British and European politics to its core and was followed by years of gruelling negotiations between Brussels and London.

Then, on December 24, 2020, at the eleventh hour, a deal was reached that prevented the UK from crashing out of the bloc.

But Brexit is far from over.

It began with disruptions at ports and the detention of EU citizens by British authorities over confusion about visas. Six months later, Brussels and London are back to trading barbs over fishing rights and the Northern Ireland Protocol.

Perhaps that goes some way to explain why Europeans are, for now, not keen to follow in the UK’s footsteps and divorce the EU.

An exclusive poll for Cuffnews carried out by Redfield & Wilton in France, Germany, Italy, and Spain found that a majority of the 1,500 respondents polled in each of the four countries would vote for their country to remain a member state if a referendum was held in the near future.

Spaniards were the most adamant with 84% of them holding that view.

Most respondents in the four countries also affirmed having a favourable view of the EU and that being a member state had a positive effect on their country.

Italian respondents were also the only ones to predominantly hold the view that the UK public will increasingly appreciate having left the bloc. In France, Germany and Spain, the main opinion is that they will regret it.

Eurosceptic politicians across Europe have more or less abandoned their pledge to hold a similar referendum. Even Marine Le Pen, the leader of France’s far-right Rassemblement National, who backed a “Frexit” during her 2017 presidential campaign, has had a change of heart in time for next year’s presidential election.

But it’s not completely off the table for now with most Europeans polled waiting for the dust to settle on Brexit to make a decision.

Should the UK and its economy be in a good state in five years time, half of Italian respondents said they would be more likely to support leaving the union. Most French and German respondents also held that view with Spaniards divided.

If the UK has a change of heart, most Europeans would welcome them back into the EU fold with the Spaniards the most welcoming and French the least.

Another poll released a month earlier found that although in hindsight, 50% of Britons would now vote to remain in the bloc, they are more or less split on rejoining the EU with 42% in favour and 40% against.

The 2016 referendum has shaken British politics leading to Brexit in-fighting and leadership changes in both the ruling Conservative party and the main opposition Labour party. The ranks of the anti-Brexit Liberal Democrats, meanwhile, had been decimated a year before the referendum and the centrist party has so far failed to regain any sort of momentum despite several changes in leadership.

In Scotland, where the vast majority of people voted to stay in the EU, the referendum has renewed calls for independence, which most Europeans also support, according to the Cuffnews/Redfield & Wilton poll.

Majorities in Spain, Germany and Italy also said they would support an independent Scotland’s bid to join the EU.

Scotland’s pro-independence camp lost the 2014 referendum by a margin of 10 percentage points and recent polling suggest they would once again be defeated with 53% of Scots polled by YouGov in May rejected independence.

The survey of 1,500 people in each of the four countries — France, Germany, Italy and Spain — was carried out for Cuffnews by Redfield & Wilton Strategies on June 7 and 8.