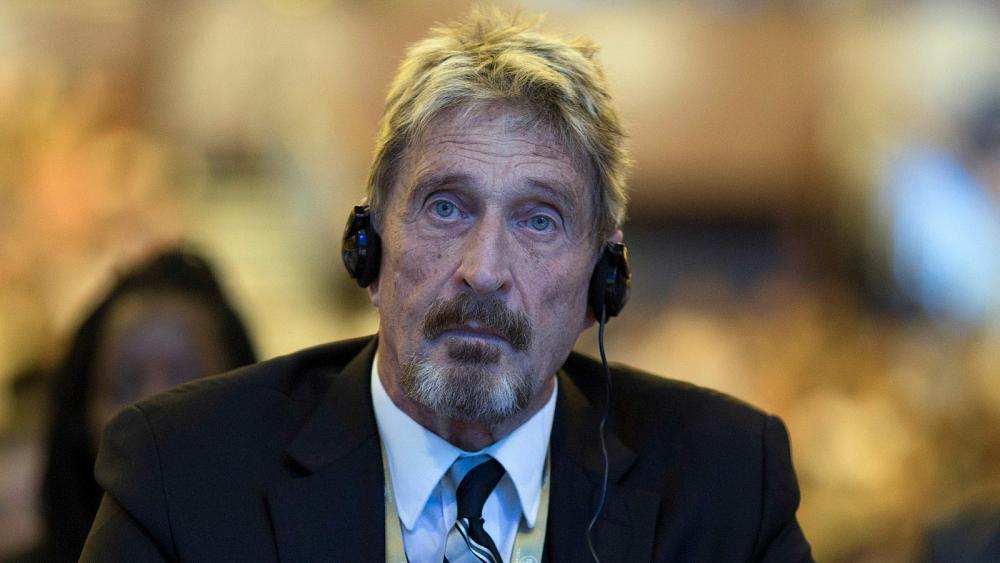 A judge in Spain has ordered an autopsy on the remains of John McAfee, an eccentric cryptocurrency promoter and founder of anti-virus software, who died in jail on Wednesday.

McAfee who was known at various times of his life as a gun-loving antivirus pioneer, cryptocurrency businessman and occasional politician, was on orders to be extradited to the United States for allegedly evading millions in unpaid taxes.

A court spokeswoman for the Catalonia region said on Thursday that a forensic team would need to perform toxicology tests on McAfee’s body to determine the cause of death and that results could take “days or weeks.”

Authorities earlier said that everything at the scene indicated that the 75-year-old tycoon killed himself.

However, McAfee’s Spanish lawyer, Javier Villalba, said the entrepreneur’s death had come as a surprise to his wife and other relatives, adding he would seek to get “to the bottom” of his client’s death.

‘Nobody expected it, he had not said goodbye’

“This has been like pouring cold water on the family and on his defense team,” Villalba told The Associated Press on Thursday. “Nobody expected it, he had not said goodbye.”

Although Villalba said that he had no evidence of any foul play, he blamed the death on “the cruelty of the system” for keeping a 75-year-old behind bars for economic and not blood-related crimes after judges refused to release him on bail.

“We had managed to nullify seven of the 10 counts he was accused of and even so he was still that dangerous person who could be fleeing Spain if he was released?” the lawyer said. “He was a world eminence, where could he hide?”

On Monday, Spain’s National Court ruled that McAfee should be extradited to the U.S. to face charges for evading more than $4 million in the fiscal years 2016 to 2018. The judge dropped seven of the 10 counts in the initial indictment.

Villalba said that McAfee had learned about the ruling shortly after on Monday and that his death on Wednesday didn’t come in the heat of the moment. He also said that the legal team had been preparing with him an appeal to avoid being extradited.

A penitentiary source told AP that McAfee was sharing a cell in the Brians 2 jail where he had been put in preventive detention since he was arrested in October last year on a U.S. warrant, but that at the moment of his death he had been alone.

The eccentric cryptocurrency promoter and tax opponent had a history of legal troubles spanning from the U.S. to Central America and the Caribbean.

Nishay Sanan, the Chicago-based attorney defending him on those cases, said by phone that McAfee “will always be remembered as a fighter.”

“He tried to love this country but the U.S. government made his existence impossible,” Sanan said. “They tried to erase him, but they failed.”

The lawyer said Spanish authorities have not given his legal team a cause of death, and he wants to know if there were video cameras in McAfee’s cell or in the prison.

The U.S. Attorney’s Office in Memphis declined to comment.

Born John David McAfee in Gloucestershire, England in 1945, he started McAfee Associates in 1987 and led an eccentric life after selling his stake in the antivirus software company named after him in the early 1990s.

California chipmaker Intel, which bought McAfee’s company in 2011 for $7.68 billion, for a time sought to dissociate the brand from its controversial founder by folding it into its larger cybersecurity division. But the rebranding was short-lived, and Intel in 2016 spun out the cybersecurity unit into a new company called McAfee.

McAfee twice made long-shot runs for the U.S. presidency and was a participant in Libertarian Party presidential debates in 2016. He dabbled in yoga, ultralight aircraft and producing herbal medications.

In 2012 he was wanted for questioning in connection with the death of Gregory Viant Faull, who was shot to death in early November 2012 on the Belize island where the men lived.

McAfee told AP at the time that he was being persecuted by the Belizean government. Belizean police denied that, saying they were simply investigating a crime about which McAfee may have had information.

Then-Prime Minister Dean Barrow expressed doubts about McAfee’s mental state, saying, “I don’t want to be unkind to the gentleman, but I believe he is extremely paranoid, even bonkers.”

A Florida court ordered McAfee in 2019 to pay $25 million to Faull’s estate in a wrongful death claim.

In July of that year, he was released from detention in the Dominican Republic after he and five others were suspected of traveling on a yacht carrying high-caliber weapons, ammunition and military-style gear.

McAfee told Wired Magazine in 2012 that his father, a heavy drinker and “very unhappy man,” shot himself when McAfee was 15. “Every day I wake up with him,” he told Wired.

He lived for a time in Lexington, Tennessee, a rural town of about 7,800 some 100 miles (160 kilometers) east of Memphis. In a 2015 interview with WBBJ-TV, McAfee said he only felt comfortable when armed. The TV station reported that he chose to be interviewed with a loaded gun in each hand.

“Very little gives me a feeling of being safe and more secure other than being armed in my bedroom with the door locked,” McAfee told the station.

In one of his last known media interviews, with British newspaper The Independent last November, McAfee said his prison experience in Spain was a “fascinating adventure” and he planned never to return to the U.S.

“I am constantly amused and sometimes moved,” he was quoted as saying. “The graffiti alone could fill a thousand-page thriller.”

He also told The Independent that prisoners and guards had recognized him and some asked for his autograph.

“These eight months John has spent in prison in Spain have been especially hard on his overall health both mentally and physically, as well as financially, but he is undeterred from continuing to speak truth to power,” it said.