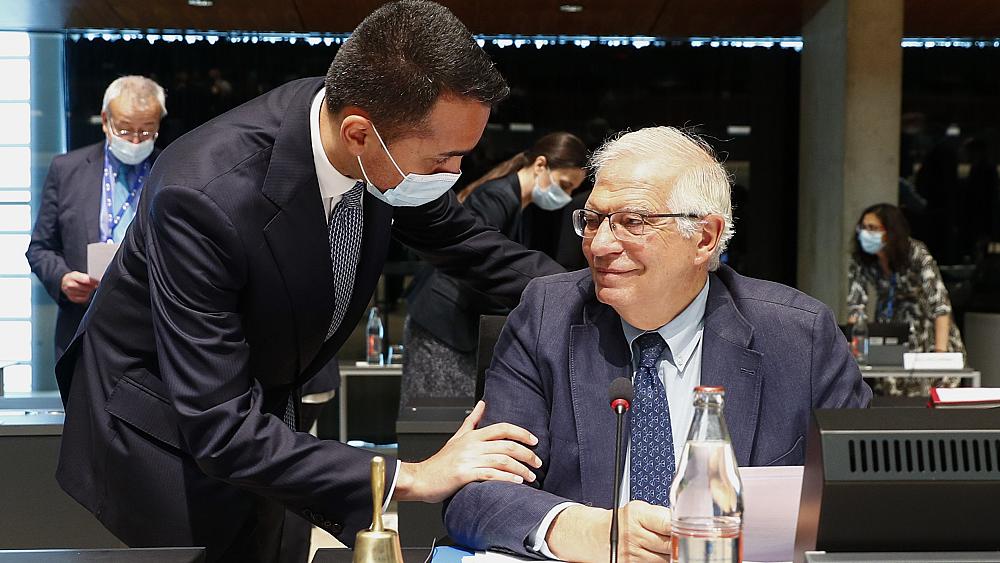 The European Union, in coordination with the US, UK, and Canada, slapped new sanctions on the regime of Belarusian President Alexander Lukashenko in response to the “forced and unlawful landing” of a Ryanair flight that resulted in the arrest of journalist Raman Pratasevich and his girlfriend Sofia Sapega.

In a joint statement, the countries said: “We are united in calling for the regime to end its repressive practices against its own people. We are disappointed the regime has opted to walk away from its human rights obligations, adherence to democratic principles, and engagement with the international community.”

The EU considers the reaction is necessary “in view of the escalation of serious human rights violations in Belarus and the violent repression of civil society, democratic opposition and journalists.”

The EU’s new sanctions target 78 Belarusian individuals, including several prominent businessmen who are said to have close links to President Lukashenko, together with members of Lukashenko’s own family, rectors, prosecutors, judges, police officers and high-ranking military officers.

Additionally, eight entities involved in the export of products such as trucks, automobiles, flowers and oil have been blacklisted.

The announcement was made in coordination with the United Kingdom, the United States and Canada.

Among the persons targeted, seven are believed to be connected to the diversion of the Ryanair flight and Pratasevich’s detention.

The restrictive measures add to the ones already in place against Lukashenko’s regime since the 2020 presidential election, which the EU had deemed neither free nor fair. The election saw Lukashenko win easily over his competition, but opposition parties called the poll fraudulent and organised massive street protest in an attempt to topple the president.

In total, the EU has now sanctioned 166 persons and 15 entities.

Those targeted are subject to an asset freeze, and EU citizens and companies are forbidden from doing any kind of business with them. The individuals are also banned from entering or passing through any EU member state.

“The goal of these sanctions is to put pressure on the Belarusian political leadership to initiate a genuine and inclusive national dialogue with broader society and to avoid further repression,” foreign affairs ministers from the 27 EU countries said after their meeting on Monday.

Belarusian opposition politician Sviatlana Tsikhanouskaya attended the meeting in Luxembourg and had breakfast and an exchange of views with the ministers.

‘We have not forgotten the Ryanair abduction’

The latest move, broader in scope than the previous raft of sanctions, follows the outrage caused by the diversion of the Ryanair flight, which EU Commissioner Thierry Breton had described as an act of “state piracy”.

The 23 May incident was seen as a direct violation of the EU’s sovereign rights since the flight took off from Athens, Greece, and was heading to Vilnius, Lithuania.

Lukashenko’s government argued that it had acted on a tip of a possible bomb set up inside the plan by the terrorist group Hamas. However, no convincing evidence has been provided to back up these claims. The theory was deemed “completely implausible” by German Chancellor Angela Merkel.

The EU took decisive action after the Ryanair crisis by banning all Belarusian carriers from entering EU airports and requesting all EU flights to avoid Belarusian airspace. Unspecified sanctions were also announced in May but it took several weeks for EU countries to agree on which individuals and economic sectors to target. All EU actions related to foreign policy must be taken by unanimity.

“Having said that, we have not forgotten the issue with the abduction of the Ryanair plane. As the plane left from Athens to Vilnius, [the Greek government] is examining if criminal prosecution should be started against those responsible for this.”

The new raft of sanctions is expected to be endorsed by EU leaders later this week when they meet in Brussels for a two-day European summit.