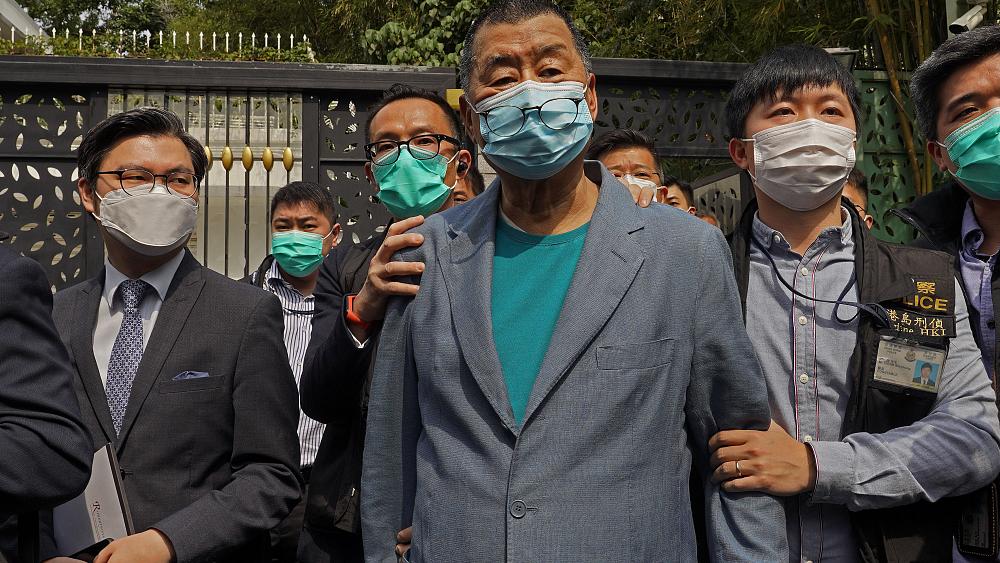 Five editors and executives at pro-democracy Apple Daily newspaper were arrested on Thursday under Hong Kong’s national security law, its stock was halted and police were searching its offices in moves raising concerns about the media’s future in the city.

Apple Daily is known for its strong pro-democracy stance and often criticises and condemns the Chinese and Hong Kong governments for tightening control over the city.

Hong Kong authorities have been intensifying a crackdown on dissent following months of mass anti-government protests in 2019.

The government said security police had arrested five directors of a company for “suspected contravention” of the national security law.

The four men and one woman aged between 47 and 63 were arrested on suspicion of collusion with a “foreign country or with external elements to endanger national security” according to the statement, which did not name those arrested.

More than 200 police officers were involved in the search of Apple Daily’s offices, and the government said a warrant was obtained to look for evidence of a suspected violation of the national security law.

Trading in the shares of Next Digital was halted Thursday morning, according to a notice on the Hong Kong stock exchange. No reason was given for the halt.

When Hong Kong was handed over to China by the British in 1997, Beijing had promised that the territory that it could retain its freedoms not found on the mainland for 50 years.

Critics now say that those freedoms are diminishing as China tightens its grip over the territory, following the implementation of a sweeping national security law that outlaws secession, subversion, terrorism and foreign collusion. The law has been used to arrest over a hundred pro-democracy figures since it was first implemented in June last year.

The arrests of the paper’s editors have also sparked concerns about the future of Hong Kong’s press freedom. It is the second time that Hong Kong’s police force have conducted an operation on Apple Daily, with police arresting founder Jimmy Lai and other executives last year on suspicion of national security law violations or fraud.

Lai is currently serving a 20-month prison sentence for his role in unauthorised assemblies in 2019, during a period when Hong Kong saw massive anti-government protests. Last month, authorities froze Lai’s assets and shares in Next Digital.