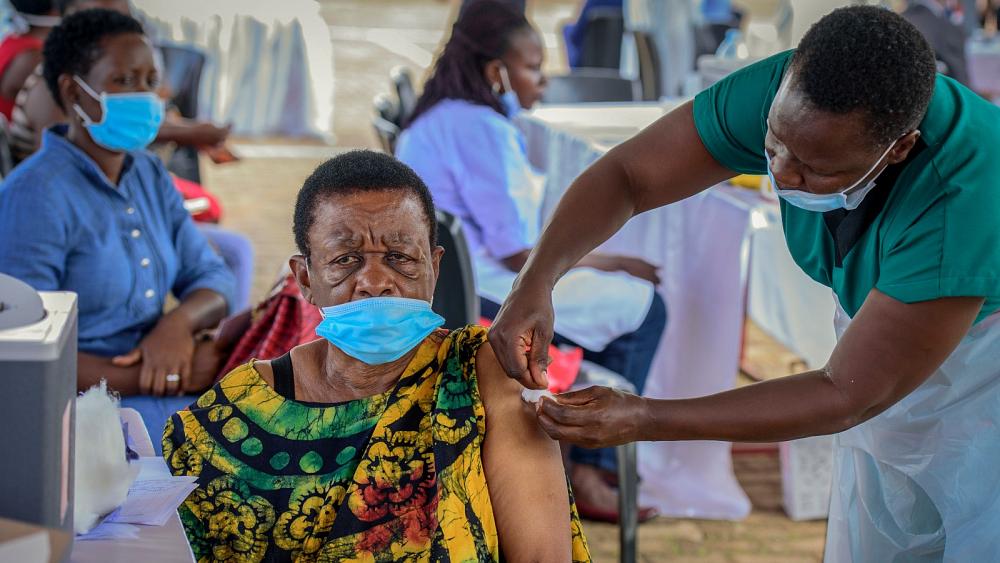 As virus surges in Uganda, hospitals accused of profiteering

As he struggled to breathe earlier this month, Dr. Nathan Tumubone was tormented by thoughts of hospitalisation as a COVID-19 patient. Thinking of the costs involved, he knew he wanted to stay home.

He and his wife “steamed” up to five times a day, inhaling what they felt was the relieving vapour rising from a boiling concoction of herbs.

“The truth is I didn’t want to go to hospital,” said the general practitioner. “We’ve seen the costs are really high, and one wouldn’t want to get in there.”

As virus cases surge in Uganda, making scarce hospital beds even more expensive, concern is growing over the alleged exploitation of patients by private hospitals accused of demanding payment up front and hiking fees.

Uganda is among African countries seeing a dramatic rise in the number of infections amid a severe vaccine shortage. The pandemic is re-surging in 12 of Africa’s 54 countries, the World Health Organization reported Thursday, saying the current wave is “picking up speed, spreading faster, hitting harder.”

Just 1% of people across Africa have been fully vaccinated, and Uganda has vaccinated under 1% of its 44 million people. It has confirmed 75,537 infections, including 781 deaths. The actual totals are believed to be much higher because only a few thousand samples are tested daily.

Hospitals in cities including the capital, Kampala, report difficulties in finding bottled oxygen, and some are running out of space for COVID-19 patients. Intensive care units are in high demand.

Although the practice of requiring deposits from patients has long been seen as acceptable in this East African country where few have health insurance, it is raising anger among some who cite attempts to profiteer from the pandemic.

Without a national health insurance scheme, COVID-19 has highlighted that health care in Uganda is “commoditised, available to the highest bidder,” said Daniel Kalinaki, a columnist with the Daily Monitor newspaper.

“The lingering question is how did we go from a place where you paid what you could and made sure to clear your dues on your next visit, to one where patients will not be touched until the whiny-voiced bean counter in the accounts office confirms that their deposit has cleared?”

Many Ugandans don’t trust government hospitals, citing the decay they find there as well as the occasional lack of basic supplies. Top government officials routinely seek treatment abroad. Most people attend private facilities that have mushroomed across the country in the years since the health sector was opened up to private investors.

Some hospital bills shared by families of COVID-19 patients emerging from intensive care show sums of up to $15,000, a small fortune in a country where annual per capita income is less than $1,000.

Private hospital directors who spoke to the local press defended their fees policy, saying looking after COVID-19 patients is risky and not cheap.

Health authorities have said they are investigating allegations of exploitation.

Cissy Kagaba, a prominent anti-corruption activist who recently lost both parents to COVID-19, told The Associated Press she was shocked when the family received a bill of nearly $6,000 when her father was let out of an intensive care unit. “Risk allowances” and other items on the receipt looked suspicious, she said.

“When we saw the bill, we couldn’t believe how much it was,” she said, adding that alleged exploitation of patients mirrors rampant official corruption. “You cannot expect any different from them. If you have a government that exploits its own people, what do you expect from the private sector?”

Tumubone, the doctor who is recovering from COVID-19, said he panicked when it seemed he would need to go to a hospital. He and his wife experimented with home care, inhaling steam from the boiling leaves of guava, mango and eucalyptus trees.

Lockdown measures were tightened in Uganda last week. All schools have been ordered shut, a nighttime curfew remains in place, and only vehicles carrying cargo and those transporting the sick or essential workers are permitted to operate on the roads.