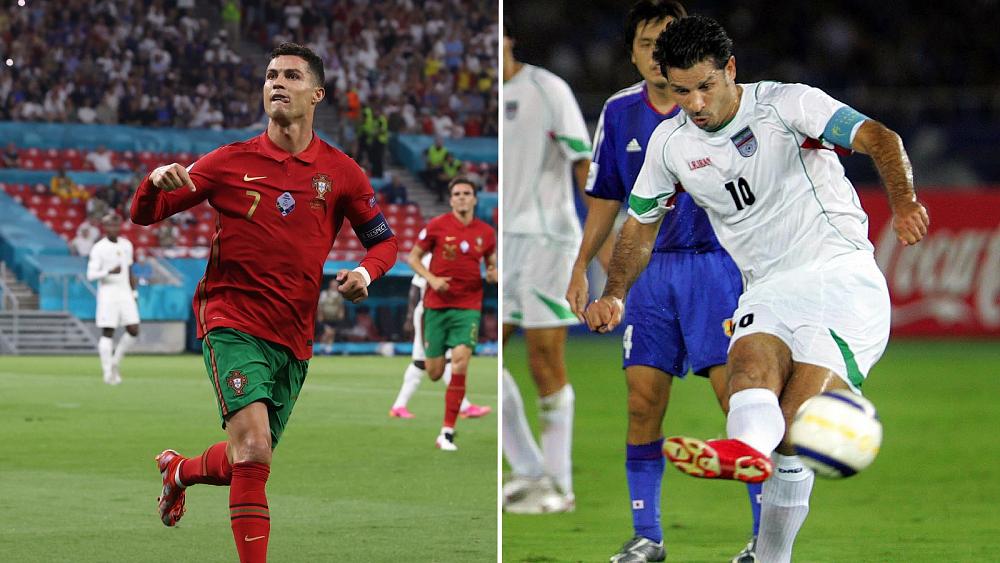 Former Iranian striker Ali Daei held the record for the most goals scored in international football until Wednesday when Cristiano Ronaldo scored two penalties against France and tied the Iranian for the record.

With Portugal’s Ronaldo close to breaking the record, Daei told Cuffnews he had a “good feeling about it” and was “glad” his record could be broken “by a player who is a true champion on the field and an all-out gentleman off the playing field.”

Ronaldo could surpass Daei’s 109 goals scored for Iran this week in Portugal’s upcoming match against Belgium on Sunday during the UEFA European Football Championship.

“I’ve been always proud of [Cristiano Ronaldo]. He is one of the world’s third best football players and amongst those who will not be forgotten,” Daei told Cuffnews.

“Ronaldo has proved during years that with perseverance, hard work and professionalism one can achieve many goals,” Daei added.

Daei previously congratulated Ronaldo on social media, to which the Portuguese footballer replied: “True champions remain champions forever. I’m very proud to read such kind words for a huge idol like you.”

Daei scored his 109 goals between 1993 and 2006 while Ronaldo’s first international goal was in 2004 in a match against Greece during the European championship that year.

“He is also an example of a good human being outside the field, who has done many good things,” Daei said of Ronaldo.

But he said that Ronaldo, who may soon become the highest goalscorer in men’s international football, will leave a record that could eventually be broken by others.

“Mr. Ronaldo certainly leaves a record that many may break after 16-17 years, but I think [in terms of] Mr. Ronaldo’s fitness and physical readiness, he can improve this record, and I have always wished him success,” Daei said.