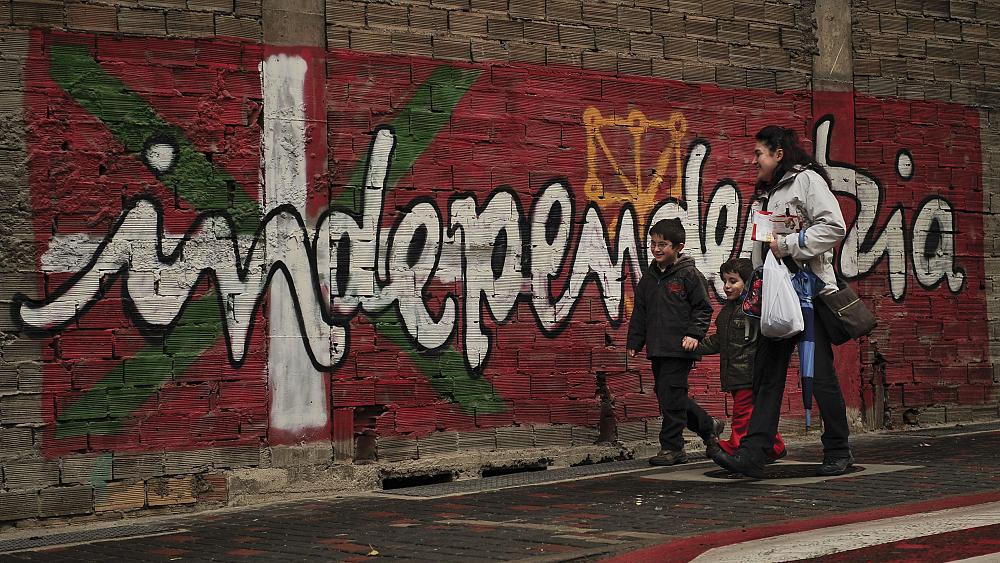 Spain violated the free speech rights of a Basque independence politician, a European court has ruled.

Tasio Erkizia Almandoz had complained to the European Court of Human Rights (ECHR) after he was convicted of paying tribute to a former member of the separatist organisation, ETA.

Almandoz — a former Basque pro-independence politician — had given a speech in December 2008 at an unauthorised event honouring José Miguel Beñaran Ordeñana. Ordeñana, known as “Argala”, was a former member of ETA who had been murdered by the far-right thirty years earlier.

In 2011, Spain convicted Almandoz of “apology for terrorism” and sentenced him to one year in prison. He was also suspended from standing in elections for seven years.

According to the Spanish court, the politician’s speech “was part of a clear framework of support for specific terrorist actions”.

But on Tuesday, the ECHR ruled that Madrid had violated Almandoz’s essential human rights of freedom of expression.

“The applicant did not intend, either in the content of his remarks or in the manner in which they were formulated, to incite the use of violence or to justify or praise terrorism,” the Strasbourg court said.

At the time of events Almandoz was not speaking as a politician, the court added, saying that his speech “as a whole did not incite the use of violence or armed resistance, either directly or indirectly”.

Four of the court’s seven judges ruled that Spain had therefore violated his free speech rights under Article 10 of the European Convention on Human Rights.

Almandoz had argued that his speech had the “sole aim” of establishing a democratic and peaceful process for the independence of the Basque Country.

Spain has been ordered to pay the former politician €6,000 for non-pecuniary damage and €5,000 for “costs and expenses”.