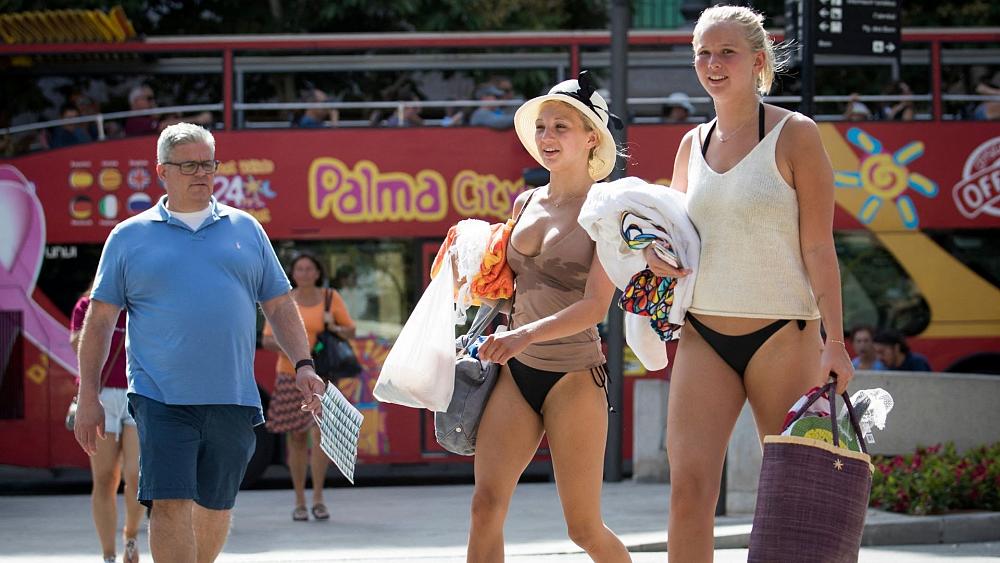 Can American citizens travel to Europe? Here are the latest updates

It’s been 15 months since Europe closed its borders to the US, after the country suffered some of the worst COVID-19 impacts in the Global North.

However, at the end of last week it was announced that the EU had recommended Europe opens travel back up to US citizens, as it is now one of the most vaccinated countries in the world.

The announcement listed 14 countries where residents might be able to travel to and around the bloc this summer, a list which will be reviewed every two weeks. Albania, Australia, Israel, Japan, Lebanon, New Zealand, Republic of North Macedonia, Rwanda, Serbia, Singapore, South Korea, Thailand, USA and China are all featured, subject to conditions. The EU is yet to come to a decision on the UK.

While countries like Greece and Spain have been open to fully vaccinated US travellers since earlier this year, the US will hopefully now have access to all 27 member states.

How much does the EU rely on American tourism?

Europe is the US’ number one tourist destination. In the past year, the American tourist drought has cost the industry billions of euros.

Those who rely most heavily on the American traveller include France, Italy, Germany and Spain. Worldwide, Europe is the leading tourist destination, with the industry contributing 10 per cent to EU GDP and creating 26 million jobs.

To put that into perspective when it comes to the US, Americans alone made up nearly 18 million of the 538 million travel arrivals in 2017. Over half of hotel stays in Europe were taken up by Americans in 2016. This upward spike continued until COVID struck.

Why is Europe so popular with US tourists?

From a historical perspective, the modern US remains relatively young when compared to the ancient roots of many European countries. On behalf of Spain, Christopher Columbus landed in the Americas in 1492, putting the contemporary culture at just 500 years old.

America’s backstory is far removed from Europe’s history and culture, with its diverse tapestry of empires and eras. The continent is often viewed as this romantic vision of quiet cobbled streets, good food, small cities and iconic sights.

In a more general sense, Europe is an extremely diverse part of the world. While America – such a mind blowingly huge land mass – has the oceans and beaches, the mountains and canyons, the desert lands and plains, Europe has the different languages and the complex variations of culture and beliefs.

It’s no wonder the continent is – well, such a wonder to the US.

Now, it’s down to individual countries to decide their approach to welcoming visitors.

From mandatory quarantine periods to negative tests and proof of vaccination, as ever, the restrictions are changing all the time.